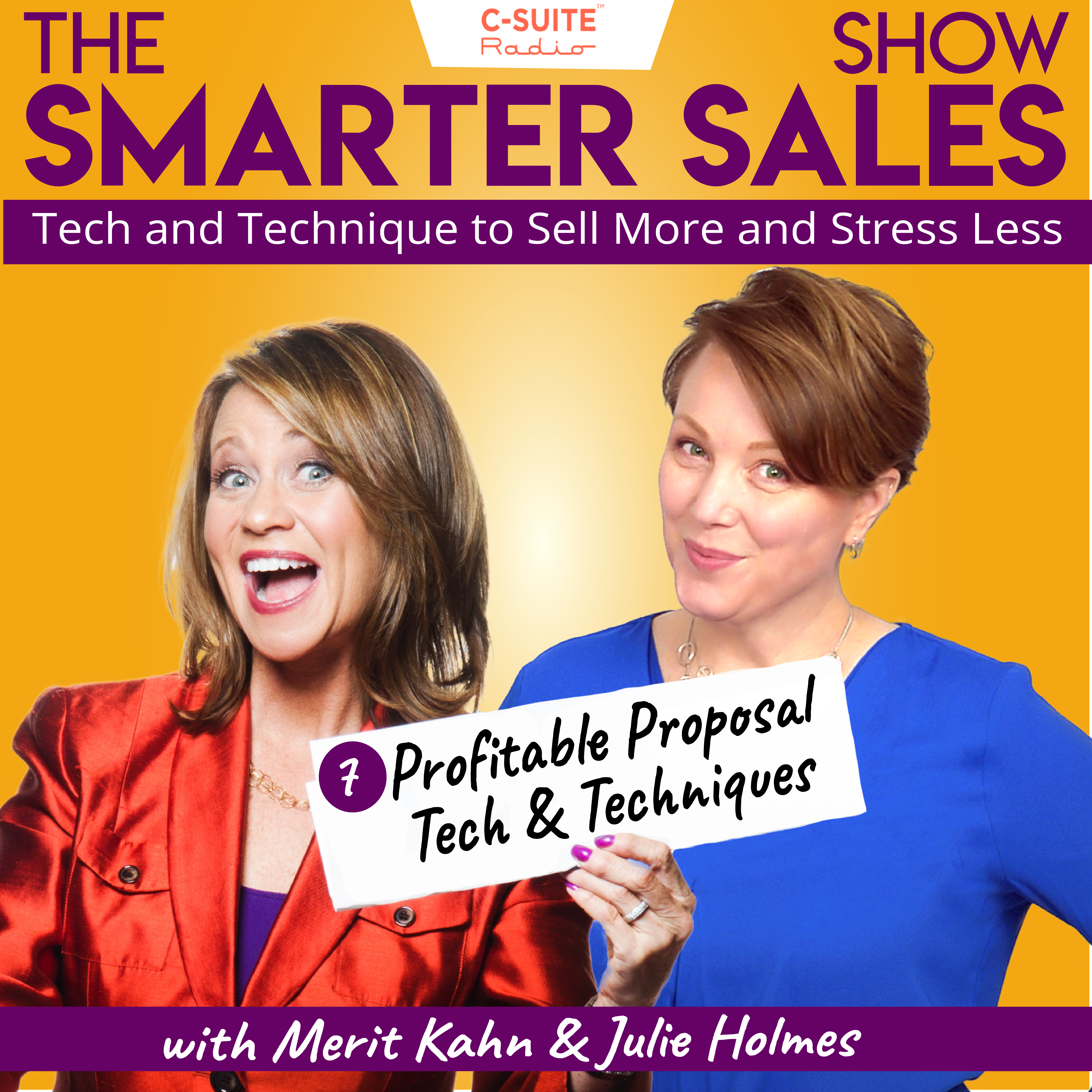 Whether you work with a standardized proposal or each one is a custom work of art, this episode is for you. You will learn about the technique to write your proposal and how to use tech to make customizing proposals easy and you can track them to so you know when it’s being considered.

How do you save time, use the right language, know when to send and track those proposals?

In each episode of The Smarter Sales Show, you will get tech and technique to sell more and stress less. Here are the highlights of this episode.

“A lot of people rush to get to the proposal that they think is going to sell for them instead of really hang out a little bit more in that question and discovery, part of the sales process, to even discover whether or not this prospect really qualifies for the time and effort that they’re going to put into a proposal.”

“One of the challenges is making sure that we don’t use proposals as a crutch for selling. If I’m just measured on how many proposals did I get out the door, there’s no incentive for me to do the qualification step properly so that I’m maximizing the proposals that I do have out there.”

“There aren’t gonna be any surprises in what we discussed.”

“I don’t think I’m doing anybody any favors by taking my time to create a proposal that’s only based on guesswork.”

Referenced in this Episode:

Connect with us on LinkedIn…